communication. He was referencing his own Facebook page where he saw an excess of abbreviations from ‘you’re’ to “ur” and ‘thanks’ to “thx.” I think Facebook is a whole ‘nother animal, but it probably is the most common platform of communication. At first glance, it’s easy to blame it on the “texting generation” and those who have learned to communicate in 140 characters or less. Really – who has the extra space to devote to correct spelling or punctuation when you have to get your message out there in three lines?

I told him I suspected it’s easy to be a lazy writer like it is to be a lazy cleaner: if you don’t scrub into the corner each time, will anyone notice or say anything? So if no one is standing over you nudging your elbow when you make a mistake or marking the paper with a red felt tip pen and no one is calling “foul,” then why not cheat the corners? Besides, the odds of anyone wanting to grow up to be a perfect grammarian are probably similar to anyone having Marilu Henner’s unique memory. (There are 12 documented cases in the U.S. That means she is one of 12 out of 313.9 million people. I’m not great at math, but I think the odds are slim.)

We wish we could just know all this stuff without having to pay attention, but sadly, it’s just not possible. Homonyms tend to be a big problem for most people. Homonyms generally include two categories of word types: homophones and homographs.

We tend to struggle with homophones. Take for example they’re, their and there. We all know what each word means but when writing them down, these words are often used incorrectly. And don’t bother using your spellcheck to fix the errors. Even if the word is used in the wrong context as long as it’s spelled correctly, spellcheck won’t mark it wrong. An easy way to proof your work is to read it aloud. This causes your brain to slow down (many of us read faster than we speak) and as you slowly read the words, you’ll probably notice that you’ve written “They’re friends are coming over” and quickly change it to “Their friends are coming over.” 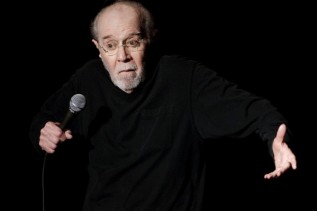 Grammar and the English language aren’t easy. It takes a little extra patience and diligence to fix grammatical errors to improve writing. Even comedian George Carlin knew that when he thoughtfully asked, “Why don’t tomb, comb and bomb sound alike?”