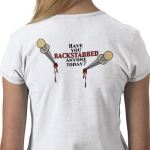 If you’ve never had a backstabbing coworker, consider yourself fortunate. But for those of us who have, it can make life in the office difficult.

How do you move past the betrayal once you’ve uncovered the truth?

For me, it occurred when I was working on a corporate project and our General Counsel asked me to send an email requesting clarification on one component. What was a relatively easy request, turned into quite the debacle when one of my peers inadvertently replied to my email. The message he sent was an extremely negative comment about me he actually intended to forward to one of his staff. When he noticed his mistake, he contacted me to apologize and make light of it, saying it was merely a joke.

It was not a joke to me.

I took the email to my boss and we addressed the issue. Our company was going through a difficult time with significant changes caused by a company-wide employee reduction program. No one’s job was secure, everyone was walking on eggshells, and my peer’s comment put me in a negative light. I always considered the man to be a normally kind colleague, but to learn how he quickly he would bend over to hold on to his job by putting another employee down was disturbing. It was also a kick-in-the-pants reality check for me.

We continued to work together on projects for another year or so after that debacle, but the relationship was strained. It was particularly frustrating for me to hold my tongue about the nickname the Executive Team had given him over the years, of which he had no idea. Oh how I wished I could have told him that the top brass referred to him as “Cupcake” behind his back. But I held it in.

From that incident, I learned not to wear my heart on my business-sleeve. It’s still there, but maybe a bit more protected. I’m more alert to those who intend to do harm and also kinder to those who do not.

It is a season of kindness and I long ago forgave Cupcake for his misjudgment. And since he’s still at the company in his same role while I have moved on, I believe he received his just desserts.