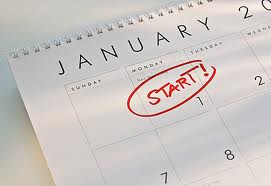 I remember when the turning of the calendar was supposed to be a great motivator to get things moving. A 12-month possibility that’s led by the resolutions. Promises to do something. Promises to change something. Promises promises. Unfortunately, before we’re even able to articulate fully our goal, we’re bombarded by the statistics of how many of us are expected to break our resolutions before the end of the week. We don’t even get a month anymore! Seems harsh, doesn’t it, that people expect us to fail before we even begin?

In planning change, it’s about setting realistic expectations and acknowledging or celebrating achievements along the way. And by doing it your way.

A friend of mine began a new work out program this week. She admitted the push ups are the biggest challenge as she’s coming off a rotator cuff injury, and doesn’t think she can do them. At least not the 20 expected on the first day. We discussed her reality and agreed she should do one. One push up each day. She knows her shoulder can handle that. Then next week, as the muscles strengthen move up to two. And maybe three the week after that. There’s no reason she has to do 20 today, especially if her body can’t handle it. But one she can do. And next week maybe two. And when she does two, I’ll congratulate her. 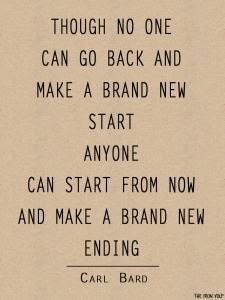 Setting goals, sticking to them and staying motivated are no easy tasks. There’s always another obstacle to overcome, but I think it’s healthy to acknowledge the goals we do meet on our way to completing a challenge. I’m not saying everyone should get a trophy just for participating, but do be proud of putting yourself out there. Rather than focus on a failure, focus on the great feeling of actually doing something so you can move on to another success.

That’s right. Another success. That’s one another I don’t mind repeating.

2 thoughts on “Another Year”